This weekend I did about 90 miles on the bike. I went on both the Green Bay and Skokie Valley bike trail. The Green Bay trail took me up to North Chicago. It follows along the Chicago Northwestern line which is now the Union Pacific and travels through the North Shore communities that border along Lake Michigan. Fort Sheridan that I discussed last week is among these towns.

Geoffrey Baer does a incredible series of videos for WTTW here in Chicago about the different towns. Since I am traveling back and forth on this trail, I thought I should do a series of history blogs about these towns similar to what Geoffrey has done on video. So here is first of a series of many North Shore History by Bike blogs. The towns that I will be covering are Great Lakes, Lake Bluff, Lake Forest, Fort Sheridan, Highwood, Highland Park, Glencoe, Winnetka, Wilmette, and last Evanston home of Northwestern University and Taishan Works.

Great Lakes
Great Lakes is the home of Great Lakes Naval Station. It is beautiful inside. In my past life I had visited a few times. It is the United States Navy's Headquarters Command for training. It is the largest military installation in Illinois and the largest training center in the Navy. The base has 1,153 buildings situated on 1,628 acres (6.59 km2) and has 50 miles (80 km) of roadway to provide access to the base's facilities.

Buildings at the Great Lakes Naval Station is part of National Register of Historic Places. As part of their training, at the Great Lakes Naval Station they have a mockup of a ship where recruits also must navigate a darkened, smoke-filled ship compartment damaged by a faked terrorist attack. This training scenario was inspired by the 2000 bombing of the destroyer Cole. 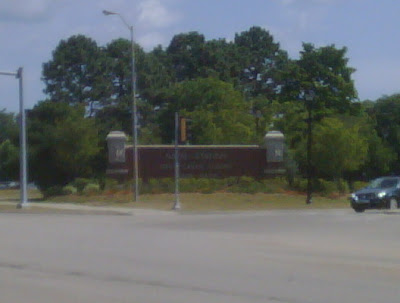 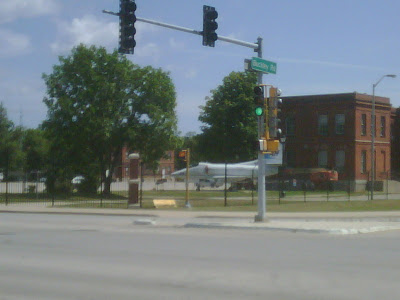 It is very common to see naval recruits on the weekends traveling on the Union Pacific to downtown Chicago. The Great Lakes train station is right across the street from the gate entrance. One thing unique about the Union Pacific North line is that it follow the English approach where the tracks are opposite. So if you ever use this train line be careful on which platform to wait for the train. 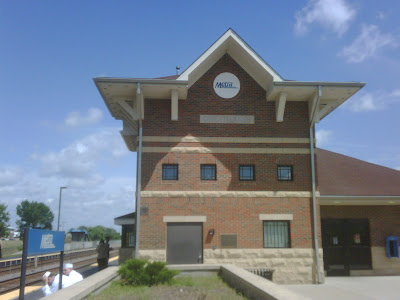 Posted by Domino Interface at 5:30 PM