(Cleveland, OH) - July 30, 2010. Some of the brightest and most knowledgeable experts on Lotus technology, Cloud Computing, XPages, and everything else you need are IBM Business Partners. Today we are announcing our "Ask an Business Partner Expert Event." This one-hour event will be held on Thursday afternoon at the Showcase Pavilion, August 19, 2010. Here is an opportunity for attendees to ask technical questions from our sponsoring Business Partners related to their top 5 area of expertise. Attendees will be provided a list of expertise for each Business Partner. So take advantage of this event to ask your questions without worrying about any sales pitch.
Posted by Domino Interface at 8:32 AM No comments:

MWLUG 2010 Agenda and Sessions Coming Out Next Week

The agenda and sessions for MWLUG 2010 will be announced next week along with a few other major announcements. MWLUG 2010 this year will consist of 45 presentations, show-n-tell, and labs. So if you are looking for two plus days of intense exchange of knowledge this is the place to be plus it includes a whole lot of fun. Desk registration starts on Wednesday evening, I suggest you arrived before 6:00 PM on Wednesday. Hint Hint.
Posted by Domino Interface at 8:07 AM No comments:

My Lunch Room for Today

The weather so nice in Chicago especially with all the recent humid and rainy days that we have had. I rode my bike to the Northwestern University lagoon. Northwestern University has their Thursday music festival so it was nice to have my lunch while listening to 80's rock. Afterwards, I rode for 10 miles along the Lake Michigan. However, it was back to reality with four scheduled conference calls and customer discussions. 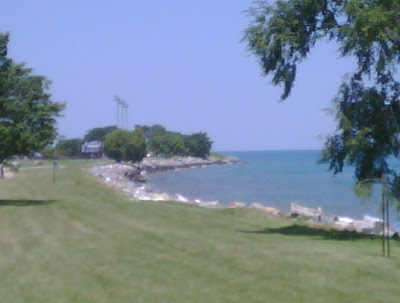 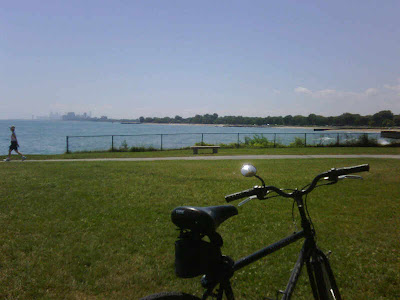 Posted by Domino Interface at 4:37 PM No comments:

Why iNotes is a Domino Developers Best Friend

As Domino developers, we are always switch ids to test applications for your organization or work on different customer applications. As a results, you normally need to switch ids in order to check your own emails or calendar. With the latest version of iNotes, there is no need to switch back to your own id. The iNotes interface is coming inline with the Notes client and I must say is a very good application. By eliminating the time you take to switch back and forward you are saving a lot of headache and time thus providing more time for development. Yes, I can check my email on my blackberry and calendar, but I still can't get the same experience that I have with a full screen client. In addition, I get attachments that I cannot open on a Blackberry or any mobile device.

Compared with other web-based email client, iNotes is one of the best. Hat off to the iNotes team.
Posted by Domino Interface at 8:20 AM No comments:

It is very beautiful in upper Minnesota this time of year. Spent a week up there. Here are a few pictures from my trip. Minnesota has some incredible State Parks. Unfortunately, we did not stay too long at Great River Bluff State Park because of all the mosquitoes. Last time I was here, I was stuck overnight in Duluth when the engines of our plane froze up. 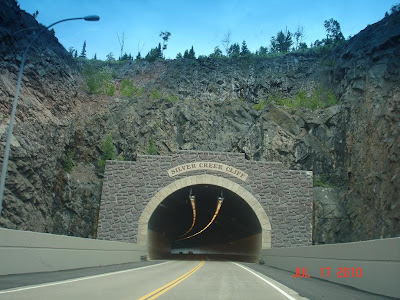 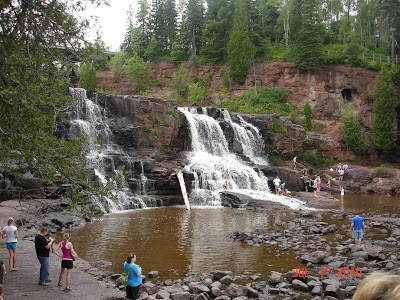 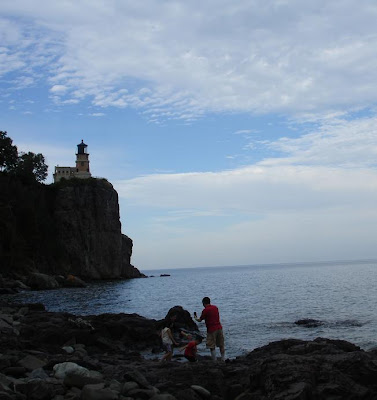 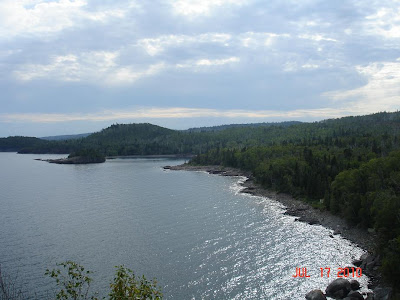 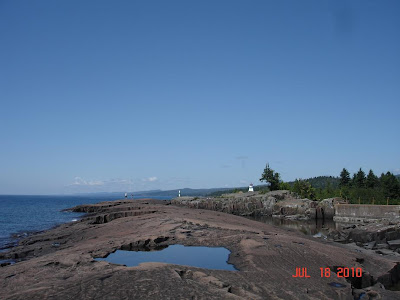 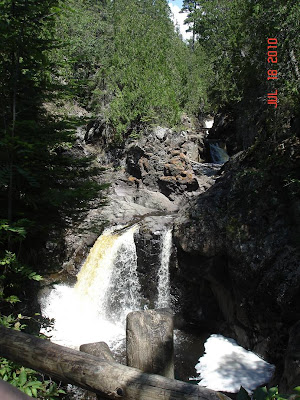 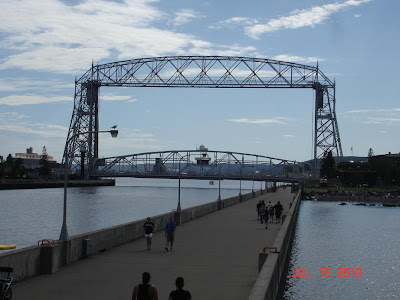 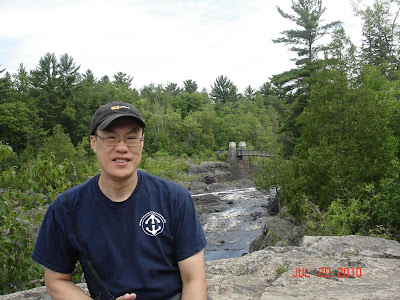 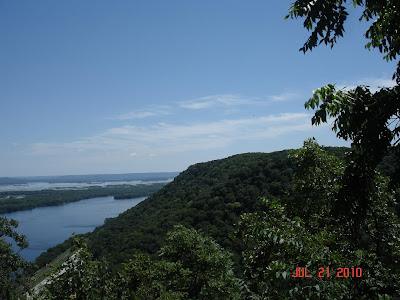 If you are interested in going beyond just what XPages has to offer and understand how the guts of Dojo works a great site to visit is http://sitepen.com. Their blog is very good in covering the basic and advanced understandings of Dojo.

Here is a great discussion on their site on how dijit widgets work.

They have also great tutorial on the basics of Dojo.

http://www.sitepen.com/blog/series/dojo-quick-start-guide/
Posted by Domino Interface at 1:53 PM No comments:

We are please to introduce to everyone the MWLUG 2010 Platinum Sponsor, Vox Mobile. We would like to thank them for their support of MWLUG. As Platinum Sponsor for MWLUG 2010, Kris Snyder - President & Chief Executive Officer of Vox Mobile will be presenting at the opening session on "Mobility as an Enabler of Collaboration". His presentation will follow Scot Rourke, OneCommunity.org and David Via, IBM. Along with their presentations, Kris' presentation focuses on community and collaboration all inline with our MWLUG 2010 theme "Building a Community Through Collaboration"

Gerald Hetrick their CTO will cover later in the conference on Managing Mobile Diversity.

About Vox Mobile
Vox Mobile delivers mobile technology device and server support, as well as consulting services for Fortune 1000 companies. Vox Mobile was the first company to become a certified BlackBerry-systems integrator partner. Headquartered in Cleveland, OH, Vox supports over 100,000 mobile handheld devices and over the last four years has saved customers over $1 million by implementing outsourced technical support and expense management programs. http://www.voxmobile.com
Posted by Domino Interface at 10:47 AM No comments:

(Cleveland, OH) July 26, 2010. We are please to announce that the Midwest Lotus User Group Conference 2010 Corporate Sponsor is none other than IBM. As the MWLUG 2010 Corporate Sponsor, IBM is providing the Midwest Lotus Community not only funds but unique speakers and resources that makes MWLUG 2010 an incredible LUG conference that is free to attendee with a $35 donation to your local Lotus user group. We would like to thank Nick Wilson and Gerald Glore of IBM plus the rest of the IBM team in the Midwest for helping make this possible. As MWLUG 2010 Corporate Sponsor, David Via will be the opening session IBM speaker and will be covering the future direction of IBM collaboration and collaboration technology.
Posted by Domino Interface at 2:29 PM No comments:

Dojo 1.5 has now been release. It includes a new Claro UI theme, mobile support, more HTML 5 and CSS3 support, and an improved API. I like the new theme.

http://www.dojotoolkit.org
Posted by Domino Interface at 10:17 AM No comments:

I am back from vacation. We had a wonderful time in Minnesota. We visited my son who is interning in Minneapolis this summer. Afterwards, we went up to Duluth and Grand Marias near the Canadian border. It is very beautiful up there and peaceful. The last time I was up here was for a client meeting. We did hiking at Gooseberry Falls State Park, Cascade Falls State Park, and Jake Cooke State Park. It was refreshing compared to the terrible traffic of Minneapolis. Construction delays were amazing. The traffic was equal or worst than Chicago and we are very bad here. Maybe next time, I will bring my bike and bike the 120 miles between Duluth and Grand Marias.

Being on vacation, gives me time to reflect on what is important. It is not the Lotus technology and what is the coolest technology, but family. It amazes me every single day how wonderful my wife and kids are. It is with their support that make my professional life possible.

Anyway, now that I am back from the wilderness, there is a host of major announcements relating to MWLUG coming this week.

Today, it is all day of interface design and rich internet application design at RIAPalooza 3 here in Chicago. IBM is absent again in this conference. Microsoft and Adobe and others are here.
Posted by Domino Interface at 7:42 AM No comments:

CouchDB 1.0 is now released and on Windows

Something that I have been following is CouchDB from Damien Katz, the former IBMer. CouchDB 1.0 is now released. It is the first fully production-ready nonrelational database and now also available for Windows.

http://www.infoworld.com/d/data-management/couchdb-releases-nosql-database-runs-windows-229
Posted by Domino Interface at 11:59 AM No comments:

IBM BP Partners and Consultants Need to Read This From IRS

We are fortunate enough to have two great sessions on integrating and developing Adobe Flex applications with Lotus Domino and Lotus Notes at MWLUG 2010. Justin Hill from Prominic.NET and Jerry Carter from Teamworks Solution will cover both beginning and advanced topics on using Adobe Flex with Notes and Domino.

In addition, thanks to our Contributing Partner, Adobe Systems, we will be giving away two copies of Adobe Flash (Flex) Premium which retails for $700.00 at each of the sessions. We would like to thank Kevin Hoyt from Adobe Systems for this generous donation to MWLUG 2010. So if you are interested in learning more on how to work with Adobe Flex and Domino and get a chance to win a copy of Adobe Flash Premium come to these two sessions. Register at http://www.mwlug.com.

Domino Applications with Adobe Flex
Speaker: Justin Hill - Staff, Prominic.Net
Notes and Domino provides a RAD environment that is like no other tool. However, creating Notes/Domino applications that competes with modern UI interface from other vendors can be a challenge. Find out how you can combine Adobe Flex and Domino to provide users a modern UI interface that competes effectively while giving Domino developers new tools to extend your new and existing Domino applications.

Advanced Flex
Speaker: Jerry Carter - Senior Consultant, Teamwork Solutions
New to Flex or trying to get more out of it to extend your investment in Notes Domino? We'll look at the following useful tips which will extend your capabilities: - Two way communication between the Notes Client and Flex (aka "a hack") - N ways to get data into your flex movie (multiple native and third party approaches) - Advantages of housing the flex html in your Domino application (ties in with data integration nicely) - Optimizing your flex movie (a deployment tip for over coming the "flex is slow to load" objection) - Some Demos (integrating with Notes client, integrating with Data, custom controls)
Posted by Domino Interface at 12:07 PM No comments:

The integration of Dojo into my UX Pages Project has been moving steady along for the pass few months. The current version of Dojo in Domino 8.51 is 1.32 and has certain limitations that hopefully will be eliminated in Domino 8.52 with a version upgrade of Dojo. This has been a huge learning curve for me with many dead ends.

I have added Dojo objects and Dijit form, field, comboBox, check button, radio button, spinner box, filteringSelect, and button widgets into the UX compiler engine. A Dijit widget control can now be represented by a simple UX xml tag. For example, for a simple field,

when compiled will become:

It will automatically add the dojo.require("dijit.form.TextBox") statement into the html and add links to the Dojo, Dijit, and Dojox javascript library.

Domino data is now surfaced as Dojo objects using XML and JSON using Domino agents. Long terms wise, I would like to create a Dojo Domino data store object that can create JSON and XML data stores directly from the Domino views. Can be done but a lower priority since it requires me to go deeper into the architecture of Dojo which I do not have the time.

I am planning to add data grid and more Dijit and DojoX widgets for the next version of the UX Pages Project and clean up the UX compiler code. In addition, I am in the process of separating the database that creates the UX Pages from the database that the web application runs on. Currently, the UX engine is in the same database that the web application runs and that violates my design policy of separating the interface from the data. Also, I am hoping to have the ability to create and select different UX projects and enhance the archiving capability which still has a few bugs.

The knowledge that I have gain helps me in developing XPages applications. Yes, I should be doing all my Domino Web applications using XPages, but where is the fun.
Posted by Domino Interface at 2:24 PM No comments: