It was a messy morning where I saw a woman backed her car right into my car as I was coming out of a store. It going to be a few thousand dollars of damage. It will not cost me anything since it was her fault but it is a pain having to get my car fixed. 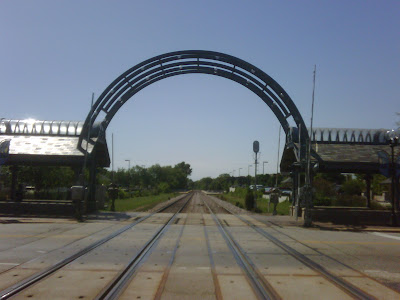 It was a nice and cool day so to get out my frustrations I took a long bike ride up to Fort Sheridan. It very nice biking around over there. They have done a very nice job transforming the former military base into residential housing and a forest preserve. The Army Reserve still have part of the base. Most of the old barracks and housing have been converted to condos and very expense homes. They have some nice nature trails that including one that takes you down to the lake where there is still one gun emplacement that was used for training during World War II. Something that most people do not know is that there use to be a airfield at Fort Sheridan. When I use to live in Highland Park, we would go to Fort Sheridan for the July 4th fireworks and all the fireworks were done on the airfield. They fired live howitzers along with the fireworks accompanied by the 1812 Overture. It was very nice. 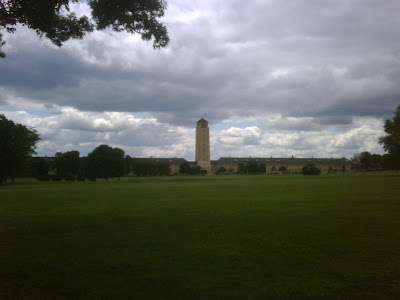 Fort Sheridan is named for Phil Sheridan, an important Civil War general. They built the fort after the Hay Market riots in 1886, because the rich businessmen, The Commercial Club of Chicago, wanted a Federal Army presents to protect their interest. It was originally called Camp Highwood and later renamed Fort Sheridan. Troops stationed at Fort Sheridan were used in 1894 to quell labor unrest during the Pullman Strike. 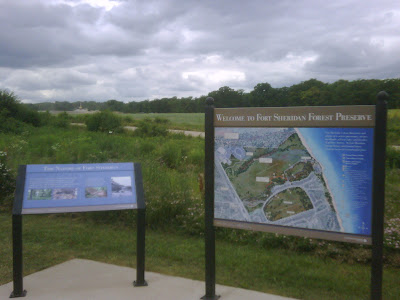 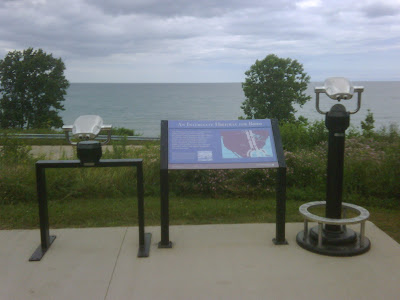 Posted by Domino Interface at 2:21 PM

Why didn't you ring the doorbell? The Buddha should have lead you right to my house.

I will remember that next time I am up there. Did you ever get the golf course issue resolved?

We're back to the drawing board...there is a new working group looking at plans for the open field, with a target of an action plan for end of 2010.