When we created iPhora Touch version 2, it was a multiple page application that utilized Dojo 1.53 and Bootstrap 2.32.  The interface worked well on desktops but broke down when used on tablets. It was totally unusable in a phone environment.  Since it was a multiple page solution each page needed to reload Dojo as you jump from page to page. Since we wanted a secured environment, pages could not be cached. However, this slowed down the loading and response of each page.  Since we were using Dojo 1.53 at the time we did not benefit from any form of AMD. 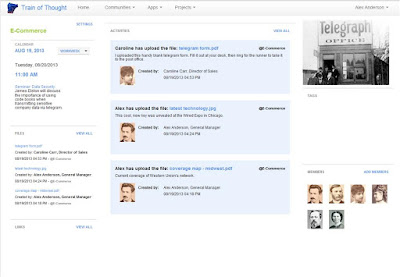 We wanted to redesign the interface to work well with mobile devices and desktops, have better performance, but at the same time to be a secured environment.

Though our iPhora Touch solution is a social community-based solution, we designed it to be a closed environment by default and it is assumed that you are not allowed access to anything, which is contrary to how most social collaboration platform are designed.  Social collaboration no matter how any analyst or others spin it, is all about data. Who has access to this data needs to be securely controlled. Being openly social and with no control leads to data breaches. Security is not just about SSL, firewalls, and encryption.

So for any community you may have access to one piece of information at any given state, but in another one you may have no access or limited access.  This holds true not only within a community but all the way down to individual web containers and components part of a community.

So the challenge was to create an infrastructure and interface that met these requirements. Over the course of many months, we looked at many interfaces and did not find anything that we thought was appropriate. I asked my oldest son who is an industrial designer on design, but that was of no avail.  So it was a struggle to find something that would work.

My youngest son is a big user of Pandora and was listening to music when I noticed their application on his iPad.  I thought to myself this is a nice and simple interface, but very powerful. So I borrowed his iPad and played with Pandora for hours trying to understand its functionality. Unfortunately, there was a number of things that I thought was not usable for us, but it was a good starting point, a design inspiration. The multiple pane approach is what we needed, but how in the heck do we implement something like that. Many of the cool things it did we did not need or I was not sure we could even do on a web browser-based interface.

So using my favorite mockup tool, Balsamiq, I moved forward in laying out what the next version of iPhora Touch would might look like.  So we came up with a multiple pane environment that is shown below.  Depending on the state of the application some panes would be hidden and some not.  Many application used a similar approach including applications like Facebook on the phone. 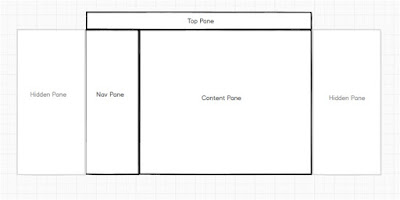 This was the easiest part.  The challenge was to create a multi-pane single page application framework and make it work.

So we came up with our design requirements and they were as follows: 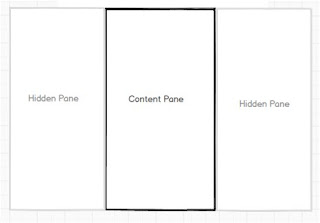 
So these were the design requirements and which there are many.

Coming next time, Part 3 - The Experiments
Posted by Domino Interface at 12:39 PM