Last year at MWLUG 2013 through the great efforts of Sam Bridegroom from Bridegroom Technologies, we able to have Iraq veteran and community spokesman Josh Bleill from the Indianapolis Colts to be our Opening General Session Guest Speaker.

This year was a challenge.  How can we duplicate the incredible presentation that Josh did in MWLUG 2013 and deliver to our ICS community similar expectations.  We wanted to really capture the essence of the MWLUG 2014 theme, "Connecting the Human Community" and what a community, a collection of us can do together and for each other.

Our Greatest Generation endured the hardship of the Great Depression, the Dust Bowl, diseases, and World War II.  They came out of it all stronger and more resilient.  So the challenge was on in finding a speaker who could best represent our theme.  Through the hard work of Devin Olson our MWLUG 2014 boots on the ground, I am truly honored to announce that the MWLUG 2014 Opening General Session Guest Speaker will be World War II veteran, author, inventor, pilot, member of the Nisei 442nd Combat Regiment, and former TSA officer Virgil Westdale. 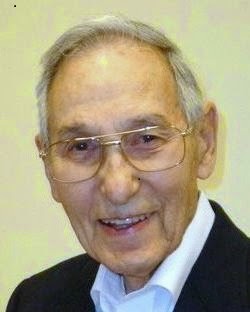 About Virgil Westdale
Virgil Westdale was born on a farm in Indiana in 1918. The fourth of five children of a Japanese immigrant father and a Caucasian American mother, Virgil learned to be independent at a young age. The intervening years were filled with experiences that sometimes tested his spirit and endurance but never defeated him. Virgil is a veteran of the 442nd Combat Infantry Regiment that rescued the "Lost Battalion" and help free the Jewish prisoners from the Dachau Concentration camp. Ninety-one years later he retired from his job as the oldest airport security officer working for the Transportation Security Administration.
So come to MWLUG 2014 for this unique opportunity to listen and learn from our "Greatest Generation"

To learn more about Virgil Westdale and the 442nd Combat Regiment go to:

http://mwlug.com/mwlug/mwlug2014.nsf/Register.xsp
Posted by Domino Interface at 7:04 AM