There is a number of different things that you could do with this technique including creating composite applications. So try it and thank Nathan Freeman for his embedded frameset technique. Next time, composite applications even on Notes 5 clients.
Posted by Domino Interface at 3:18 PM 1 comment: Links to this post

Now that the new Transformers movie has come out on DVD for a few weeks, my son has watched the movie at least a couple of dozen times. The movie is not bad. But after watching it with him, I got hook on the musical score. It is great mix of fast pace scores and haunting music. The first Transformers soundtrack was bad that came out just after the movie was released. It was just a brunch of songs most of which were not even in the movie. The new soundtrack that came out last month is fantastic. The composer is Steve Jablonsky who done as number of movie most of which I have never seen.
Posted by Domino Interface at 10:15 PM No comments: Links to this post

It has been a few years since our training company, ReCor Corporation, has exhibited at Lotusphere. There was not much demand for Lotus Notes training for the past few years since the Notes interface didn't really change much. But we are back for Lotusphere 2008. With the new Notes 8 interface, it was logical for us to exhibit our new Domino-based Notes training solutions. We will be exhibiting our LearningDocs for Lotus Notes 8 and Domino Web Access 8 training courses. We made major additions to the products. We improved our Java-based Enrave tools to simulate the Notes 8 environment. We will be at booth 533 either under our ReCor or Taishan Works company name. Either way stop by our booth. We will also be demonstrating our SOA-based Integrated Business Framework technology. Since we were turned down for Lotusphere, we will be presenting our SOA methodologies in the GRANITE Lotus User Group in 2008 instead.

Having a booth at Lotusphere has its advantages but also has its disadvantages. Unfortunately, being at the booth will give me less time going to sessions.

See everyone at Lotusphere.
Posted by Domino Interface at 11:50 PM 2 comments: Links to this post

It has been a long time since I blog. I have been too busy working on a number of customer projects. Sadly, I have learned over the weekend that we have been turned down again on our Lotusphere abstract submission, "SOA, Not Just for the Web." I thought it was been a great session given the direction that Notes and Domino is moving towards. Just like the Chicago Cubs, there is always next year.
Posted by Domino Interface at 9:50 AM 2 comments: Links to this post 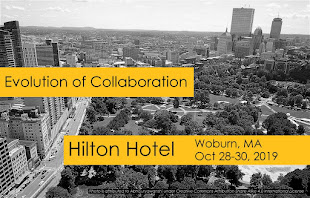